You may be thinking “Now, that’s a strange title for a fashion piece.” And you would be right. But it makes more sense when you find out that the woman with slightly better bladder control than a startled chihuahua decided that her outfit would involve the two fashion nemeses of efficient toileting: a jumpsuit and a bodysuit.

It was a chess game, strategizing fluid intake. Errands were divvied up such that I could be near an acceptable ladie’s room when nature called to say hello. 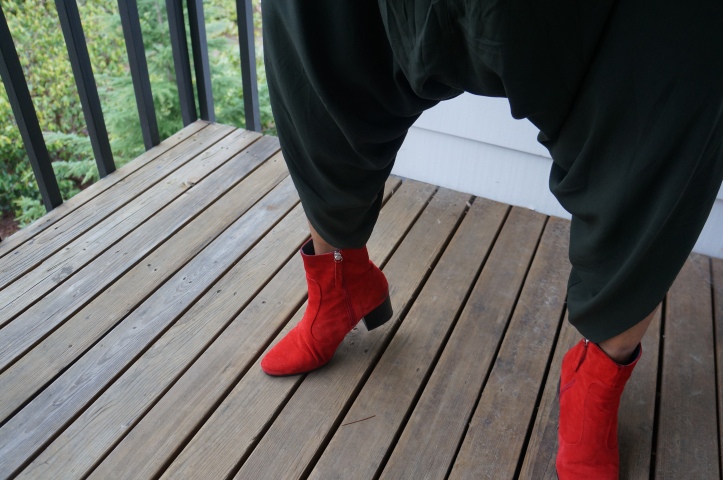 Despite the never-ending nip in the air, I was determined to wear the jumpsuit, with its irresistible sagging drop crotch. So I needed to wear something warm underneath that didn’t add bulk to an already voluminous article, something that stuck to the body and stayed there. So small sips and crossed legs it was. 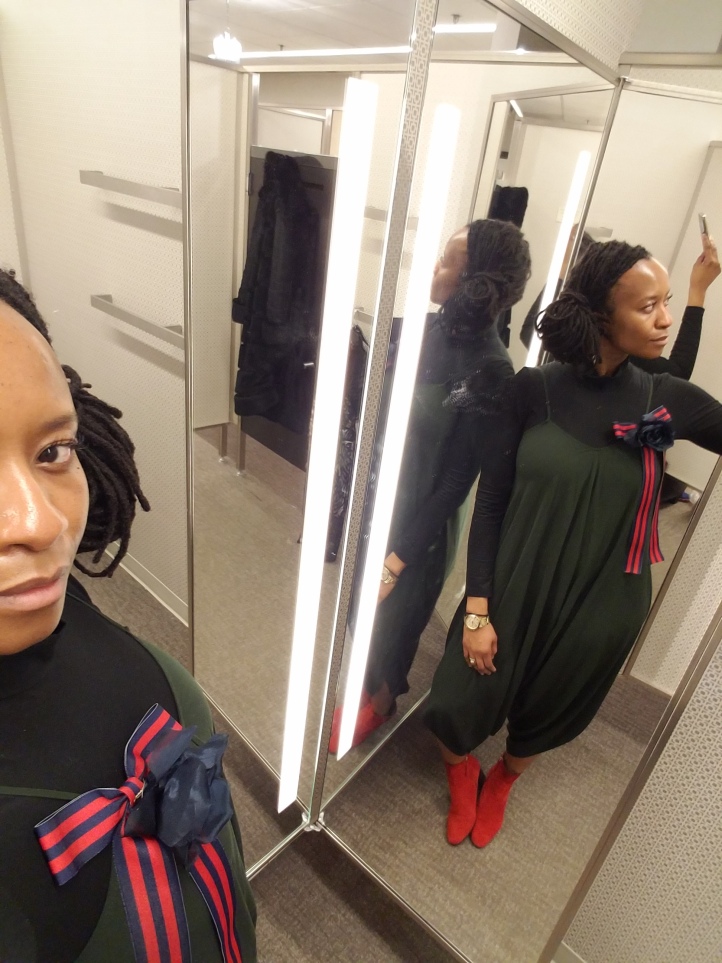 One thing this master planner didn’t take into consideration was being stopped five times because of my boots. There was a lot of bouncing as I and their admirers showered them with praise, an amalgamation of excitement and urgency. 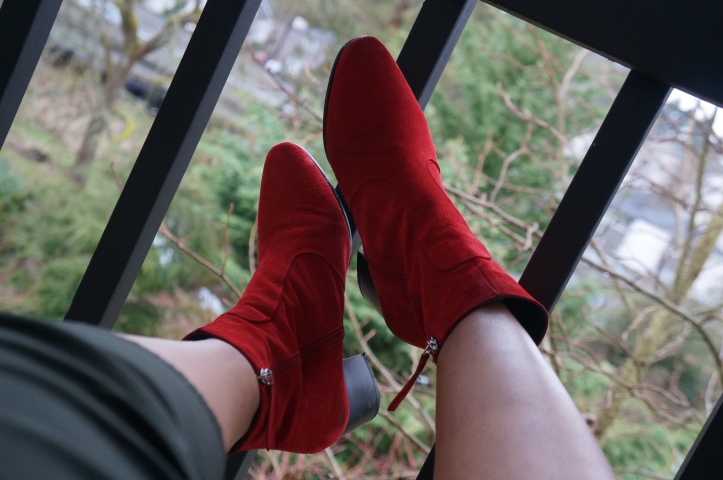 And not for nothing, I loved my hair! It usually beats me into submission and does what it wants but today it did what it was told. I mean, I had a headache at the end of the day from a bobby pin none too gently compressing the top of my ear, but it was well worth it.

In the end, there were no accidents and my dignity was maintained. And though there were moments I just needed to close my eyes and find my zen to avoid using an unapproved water closet, this outfit was well worth it to me.

Sometimes a look is worth the struggle, so happy kegeling! Hope you’re all finding your zen.

Bodysuit: Capulet from Perican Bing (unavailable) but you can find these everywhere!

Brooch: from Nordstrom (unavailable) I don’t even know what it’s called to find similar ones! Blurgh.